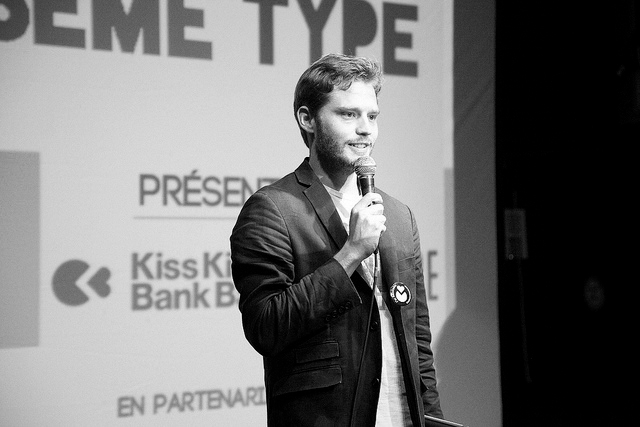 Antonin Léonard, OuiShare co-founder, blogger and strategist in collaborative economy, will participate in the 2014 WPRF

The World Public Relations Forum will count among its speakers with Antonin Léonard, co-founder of OuiShare, an international organization that connects users and companies whose development is sustained by its community. Léonard will participate in the plenary session titled “Transforming Communication”.

Within the framework of this collaborative economy, lead by companies like Airbn or BlaBlaCar among others, Léonard will talk about communication as the art of telling stories consistent with businesses objectives.“Organizations must tell sincere stories just as they are lived by the company, like their doubts, their desires… leaving behind all flat and disembodied messages”.

In this context, he introduces the “crowdstorytelling” concept, or how collaborative companies support themselves on their stakeholder’s interactivity to achieve results: “This way of communication is particularly powerful because those stories are sincere, committed and faithful to reality, and that generates a confidence in the service”.

In his opinion, there are lots of companies that communicate more than they act and they do so based on values that are not sufficiently represented. “To optimally work on communication with conscience it is fundamental that both companies and their projects be aimed at changing the world, or at least making it better, and also contributing towards shared value. Communication must propose marriage to projects, not the other way around”.

According to OuiShare co-founder, participating in the World Public Relations Forum is “a great honor and a certain responsibility” since it is a place in which to share and develop new ideas.