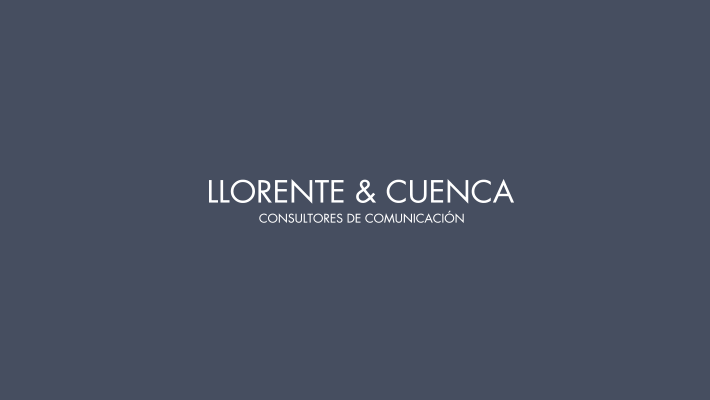 LLORENTE & CUENCA, the leading communication consultancy in Spain, Portugal and Latin America, will be sponsoring of the World Public Relations Forum, which is being organised by Dircom and the Global Alliance for Public Relations and Communications Management and will be held in Madrid from 21 to 23 September 2014.

As Key Partner for the event, LLORENTE & CUENCA strengthens its bet on the world of communication on an international scale. According to Founding Partner and President, José Antonio Llorente, “Communication with conscience is essential in a climate in which organisations are suffering a major leadership crisis and where they have lost a lot of credibility in the eyes of the public. At LLORENTE & CUENCA we have decided to take part in the 2014 World Public Relations Forum as we face the challenge of helping companies and institutions to win the confidence of their stakeholders. In this context, it is more important than ever today for business actions to be based on integrity and responsibility.”

Llorente will also act as speaker at the plenary and parallel sessions for the 2014 World Public Relations Forum. In addition, Luisa García, Partner and CEO of the Andes region of LLORENTE & CUENCA, and Adolfo Corujo, Partner and Managing Director of Iberia will take part in these sessions.

LLORENTE & CUENCA is the leading Reputation, Communication and Public Affairs management consultancy in Spain, Portugal and Latin America. It has 17 partners and 330 professionals who provide strategic consultancy services to companies in all sectors, with operations geared towards the Spanish and Portuguese-speaking world.

The firm currently has its own offices in Argentina, Brazil, Colombia, Chile, China, Ecuador, Spain, Mexico, Panama, Peru, Portugal and the Dominican Republic. It also offers its services through affiliate companies in the United States, Bolivia, Uruguay and Venezuela.

Its international development has led LLORENTE & CUENCA to be listed in 2011 and 2010 as one of the fifty most important communication companies in the world, according to the Global Ranking prepared each year by The Holmes Report. In 2012, it was in 52nd place in the ranking and ranks 51st in 2013.