Storytelling is essential to create companies with a soul 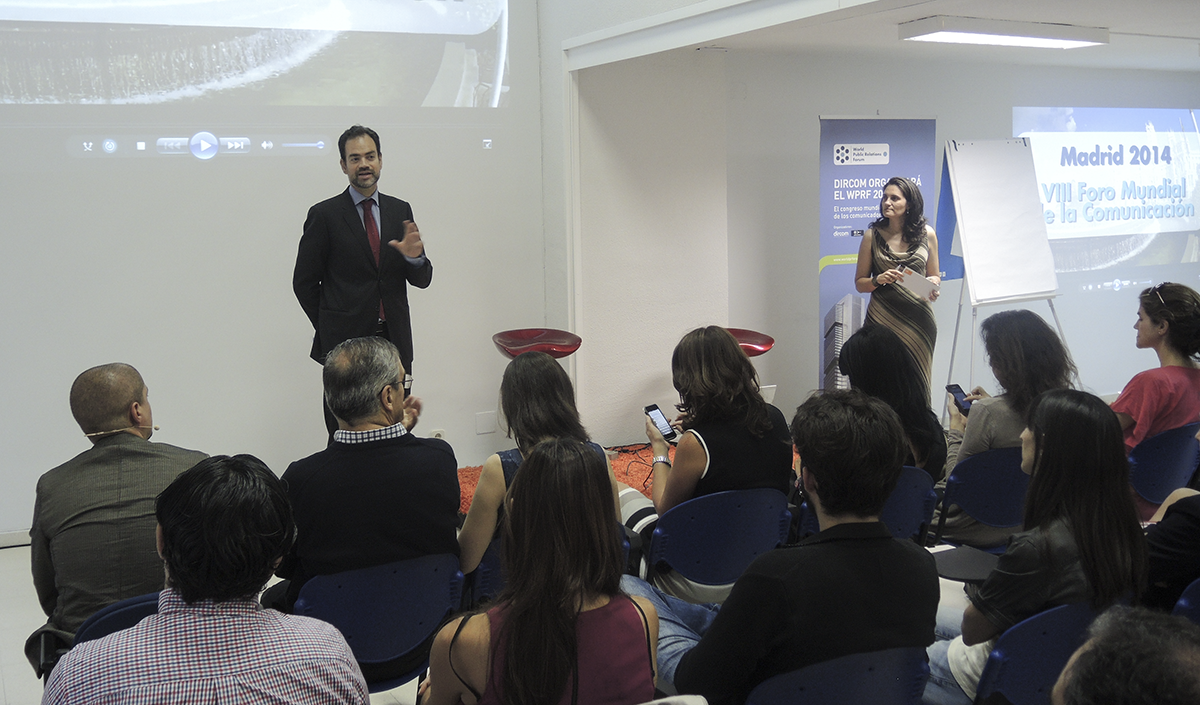 The Spanish Association of Communication Professionals (Dircom) and the Interactive Advertising Bureau (IAB) have organised jointly the conference ‘Storytelling, the power of a good story on social media’, within the framework of the run-up to the 2014 World Public Relations Forum. Six experts on storytelling took part, as well as the Managing Director of Dircom, Sebastián Cebrián, who introduced the session and chaired the discussion.

“Storytelling is essential to create companies with a soul, which show engagement towards stakeholders,” Cebrián stated referring to the importance of this communication practice for organisations and brands. He confessed that “knowledge is easy” but “the difficult part is gaining recognition” and product differentiation with regard to competitors. In this respect, marketing cannot work with traditional concepts anymore and needs to embrace a new era. “We need to create content and develop good storytelling based on this content.”

Antonio Núñez López, a communication strategist specialising in Corporate Storytelling, and Raquel Espantaleón, Head of Planning at McCann, also shared their professional visions and experiences in this field. “When designing content you need to gauge the ability it has to spread” explained Antonio Núñez, author of the book The Penguin Strategy, which illustrates the parallels between communication and the behaviour of colonies of penguins: we launch ourselves after a news story, event or forum en masse like these sea birds launch themselves into the sea. “We go in search of the group and of being permanently connected” he added. Raquel Espantaleón explained the strategy followed in the successful campaign “Hazte extranjero” (“Become a Foreigner”) rolled out by Campofrío, and she asserted that “it worked well because it was based on a current situation” and touched on many issues that concerned the Spanish people, such as unemployment.

Mildred Laya, Director of Marketing and Communication at Salesforce Spain; Begoña González, Client Director at Best Relations; Ludi García, Director of Ketchum Digital; and Pedro Jareño, Head of Marketing at Territorio Creativo all took part in the debate. They presented success stories from their companies, emphasizing the power of storytelling over traditional advertising methods that require huge capital investment. Mildred Laya highlighted that “it’s great to have an impact and excite but we need to be cost effective” and Ludi García stated that “positive content usually works better than negative content.” Begoña González and Pedro Jareño presented, respectively, the storytelling strategy behind the Suavinex campaign and the Fundación Codespa advertising spot.

Storytelling is crucial in the world of communication, as it enables companies and organisations to connect directly to their audience, stirring emotions and going beyond the impact of traditional advertising methods, which have now been replaced by the power of social media. This discussion will also be held at the WPRF 2014, which will be attended by over 1,200 communication professionals from across the world and hosted in Madrid on 21, 22 and 23 September.